The Fascist anti-Jewish propaganda proved to be remarkably similar to the Nazi one.

Jews were no longer seen as a religious group or identity, but they were described as members of a ‘race’. To ‘certify’ their ‘racial’ inferiority, caricatures, paintings, and photographs were used as tools to set out all the somatic features of the ‘typical Jew’ forever. The massive accusations already levelled against them in the months prior to the enactment of the anti-Semitic laws referred to the ‘classic’ centuries-old anti-Semitic tradition. Jews were accused of being deicides, sexual corruptors, revolutionary Bolsheviks, amoral capitalists, ambiguous pacifists, and, at the same time, warmongers of the worst kind, traitors of the nation, and, notably, plotters who wanted to rule the entire world.

This propaganda was not just limited to denouncing the alleged dangerousness of the Jewish presence, but vigorously urged Italians to support their persecution and even accept their disappearance.

The attempt to produce a true anthropological transformation of the country in this respect was carried out through the magazine La Difesa della Razza (Defence of Race), which became known as the most violently racist and anti-Semitic publication in Italy’s history. The quarterly magazine, which was published by the Roman publishing house Tumminelli and directed by the well-known anti-Semite Telesio Interlandi, was launched on 5 August 1938, and its distribution, mainly on subscription, ended on 20 June 1943. By means of impressive and impactful graphics, Jews were presented from the first to the last issue as a biological danger, racially impossible to integrate, anti-Italian (‘a race alien to Italy’), and a symbol of antifascism.

In 1940, after Italy’s entry into war, the anti-Semitic propaganda became more violent and it even began to allocate the responsibility of the conflict to the Jews.

All this was suggested not only in the most fiercely anti-Semitic magazines and newspapers, such as La Difesa della Razza, il Giornalissimo, directed by Oberdan Cotone, or Il Regime Fascista, owned by Roberto Farinacci, but was also circulated by the national press. 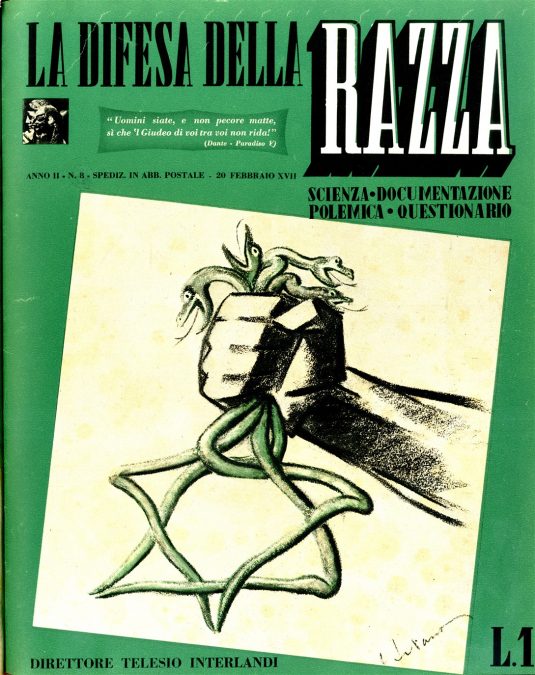 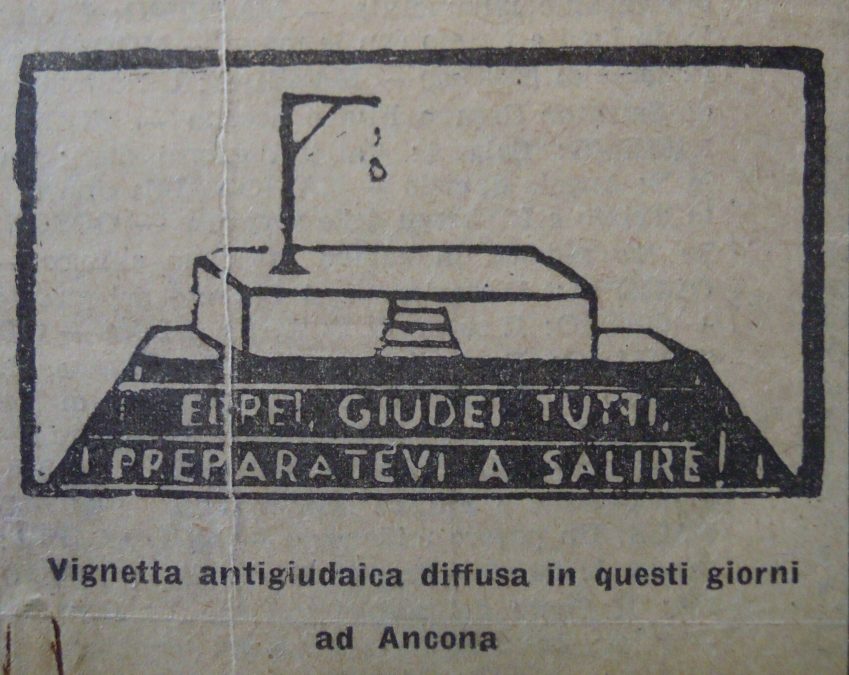 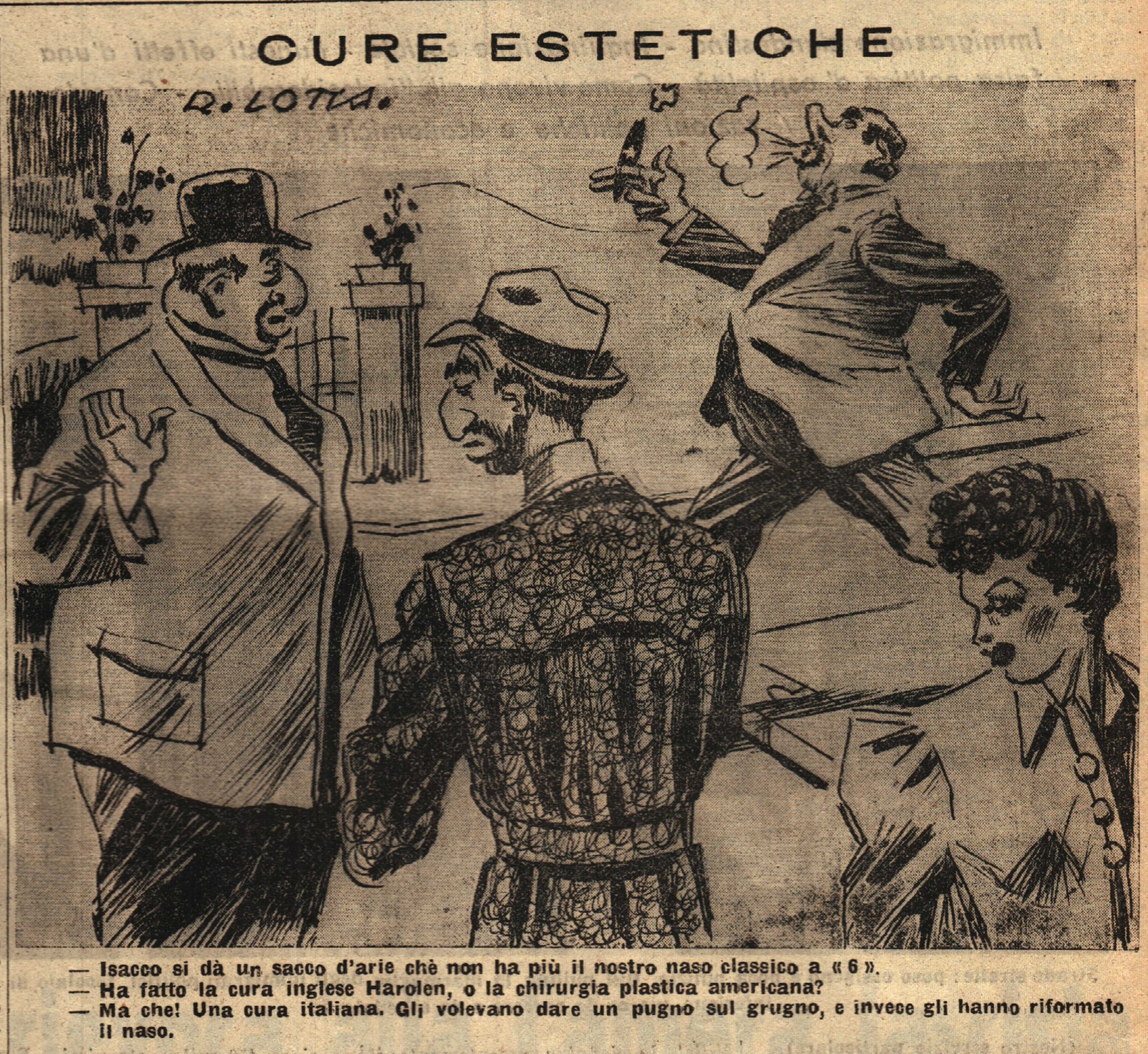 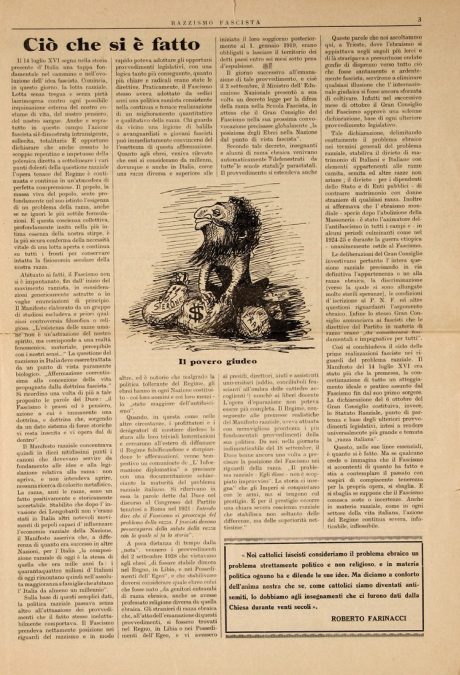 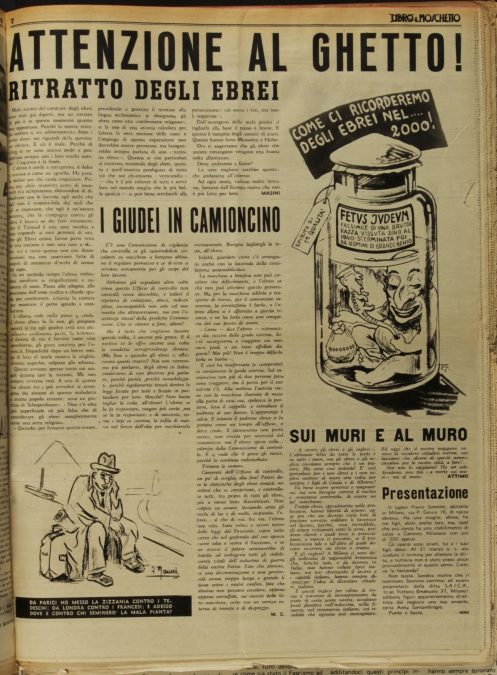