In 1941 and at the beginning of the following year, the condition of Italian Jews became even worse. The propaganda began to emphasise the presence in the country of ‘privileged’ young people – Jews expelled from the army – as opposed to thousands of their peers who risked their lives at the front.

In May 1942, Jews aged between 18 and 55 were made subject to forced labour. Ordered by the Ministry of the Interior, conscription was entrusted to the coordination of prefects, who were supported by federal secretaries, quaestors, provincial doctors, and the staff of the municipalities.

In some cases, such as the municipality of Tora and Piccilli (Caserta), where some Neapolitan Jews were sent, forced labour lasted a long time and involved a considerable number of people. 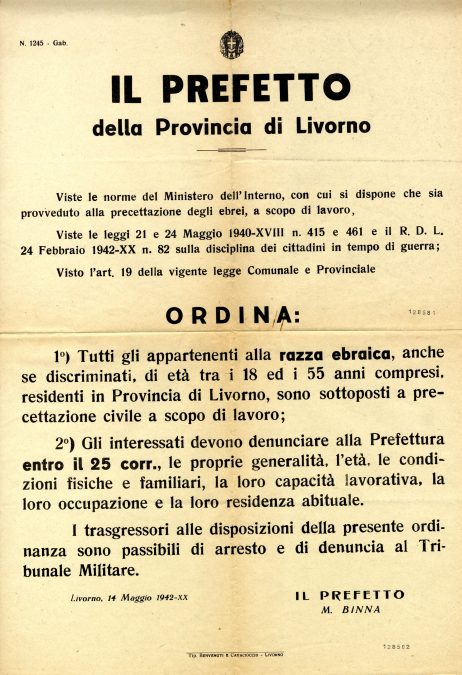 May 14, 1942. The prefect of the province of Livorno, Manlio Binna (1891-1969), orders civil mobilisation for labour purposes for those who ‘belong to the Jewish race’. Archivio Centrale dello Stato, Roma 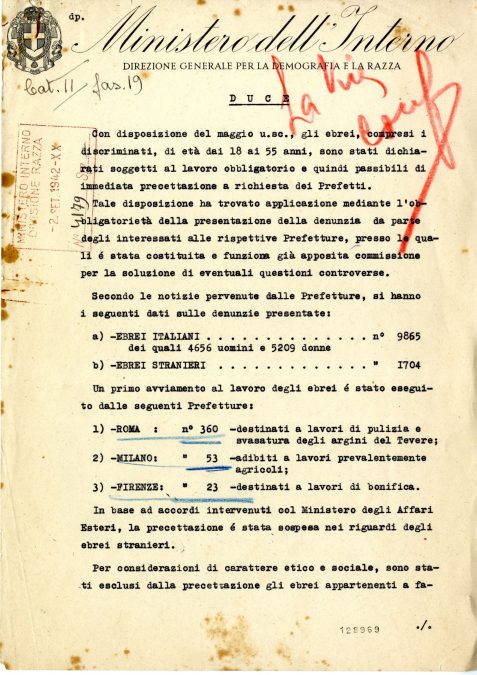 17 August 1942. Note addressed to Mussolini by the Directorate General for Demography and Race. Undersecretary of the Ministry of the Interior, Guido Buffarini Guidi, reports the first data on compulsory work collected in Rome, Milan, and Florence. Archivio Centrale...

Rome, 1942. ‘Conscripted’ Jews for compulsory work along the banks of the Tiber near Castel Sant’Angelo. Susan Zuccotti, L’Olocausto in Italia, Milano, Tea Storica, 1987 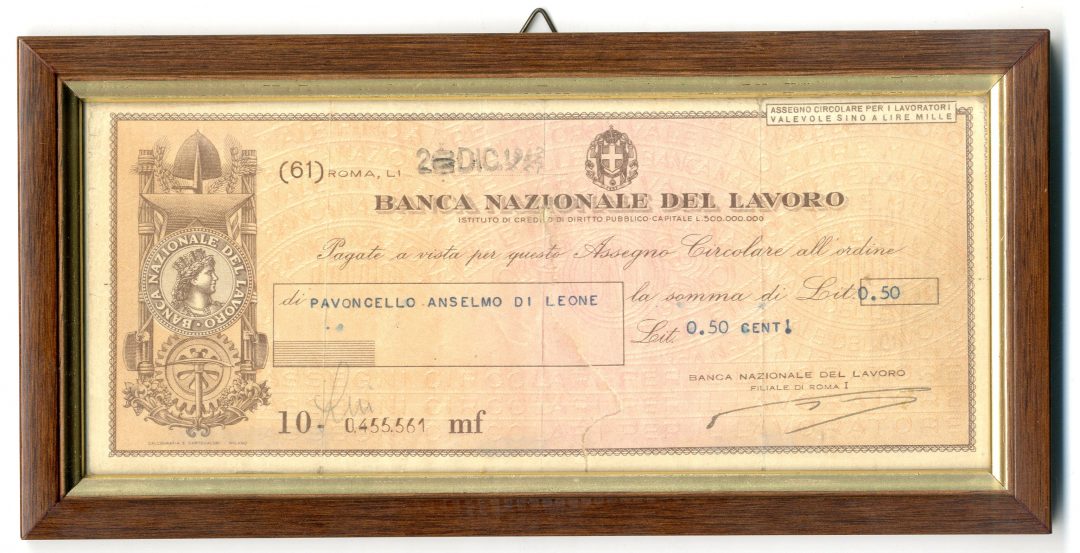 2 December 1942. Peddler Anselmo Pavoncello (1908-1945) is awarded 0.50 cents for forced labour along the embankment of the Tiber River. When he realises the humiliating amount, Pavoncello tears and throws away the check, which would then be retrieved and kept by his... 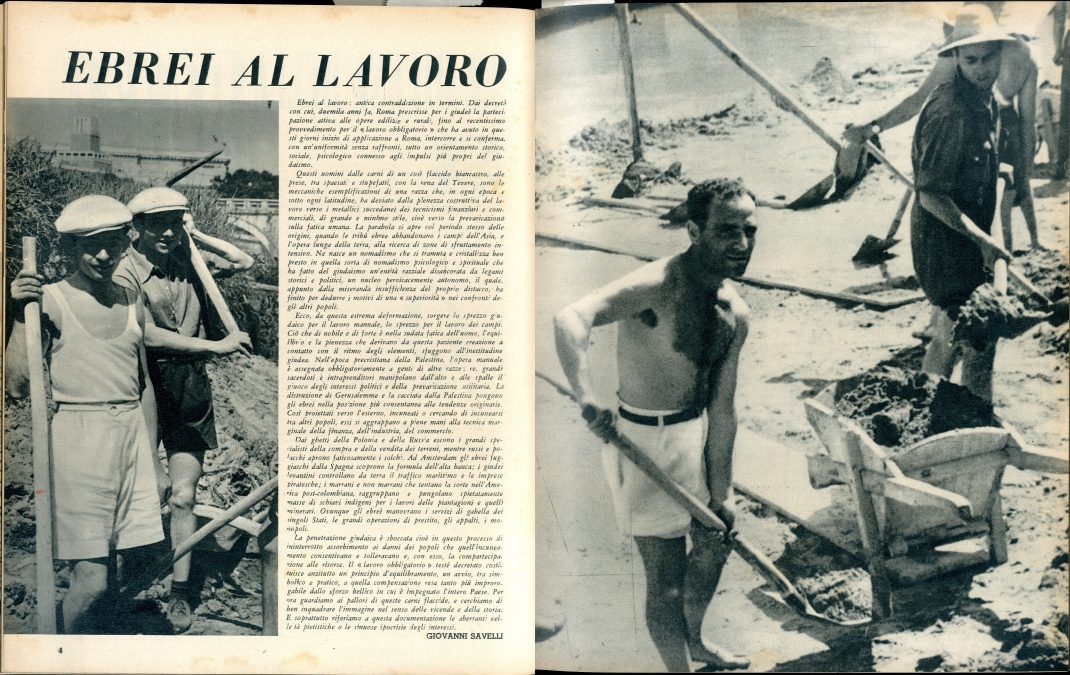 La Difesa della razza, 20 June 1942. The anti-Semitic weekly exalts the work required from the Jews with photos taken along the banks of the Tiber in Rome. Fondazione Museo della Shoah, Roma 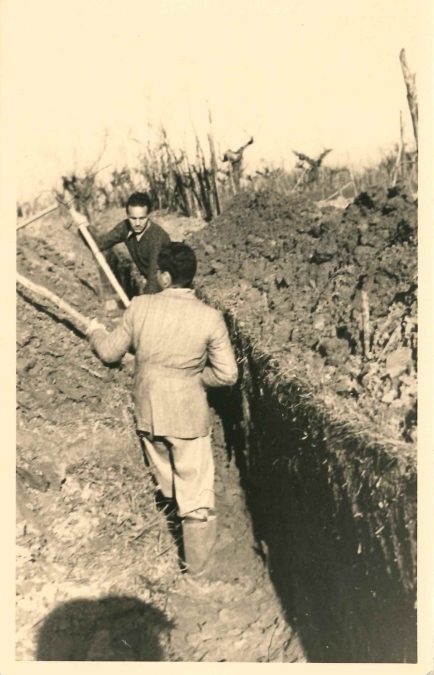 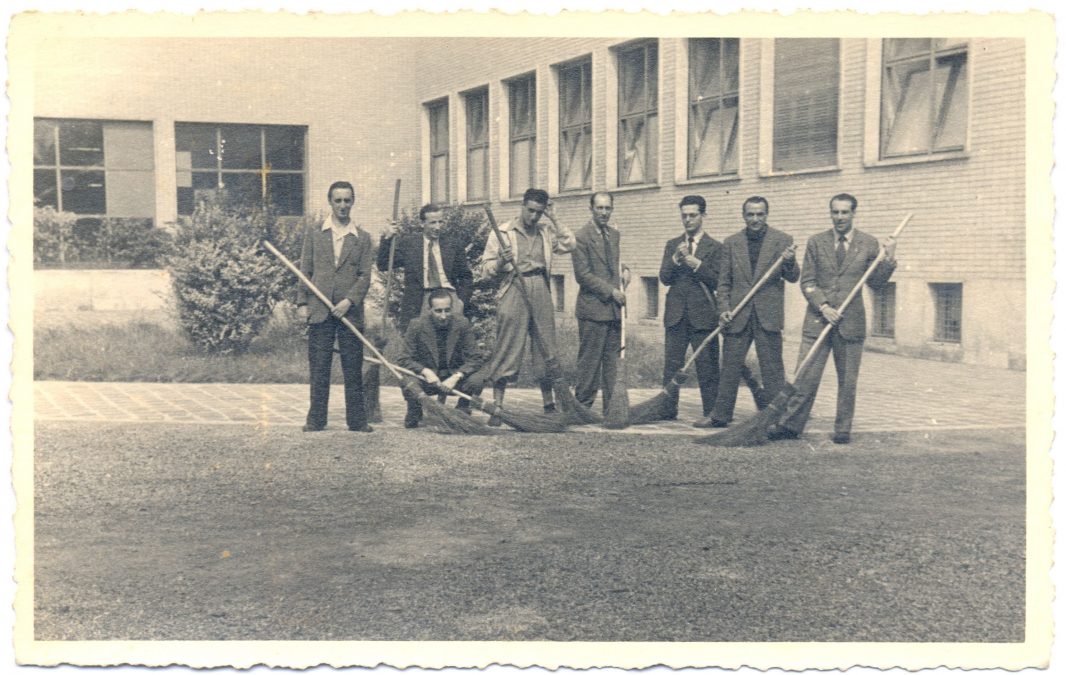 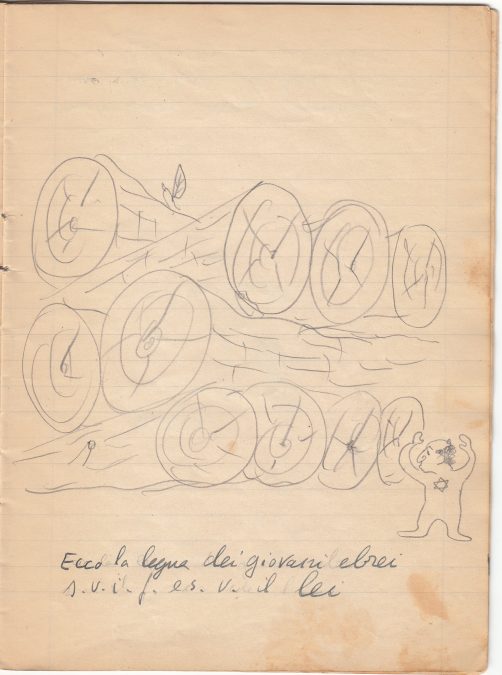 October 1942. Architect Eugenio Gentili-Tedeschi (1916-2005) begins to create his ‘secret book’. Two of his sketches relate to work required from the Jews in Turin. In the ‘Cronache di Milano’ there is a reference to forced labour. Massimo Gentili-Tedeschi’s Private... 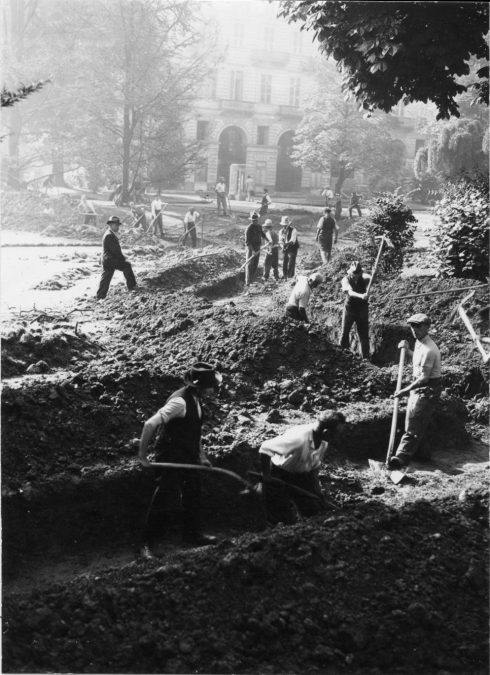 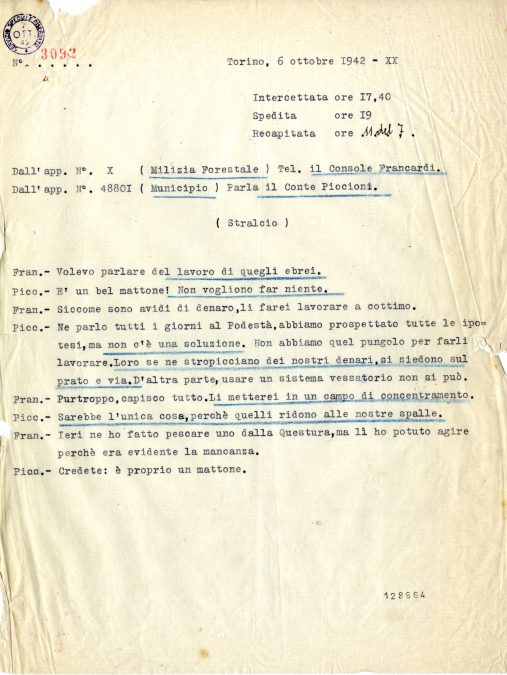 Turin, 6 October 1942. Conversation with contemptuous tones intercepted between a representative of the forestry corps and one of the Municipality on forced labour from Jews. Archivio Centrale dello Stato, Roma 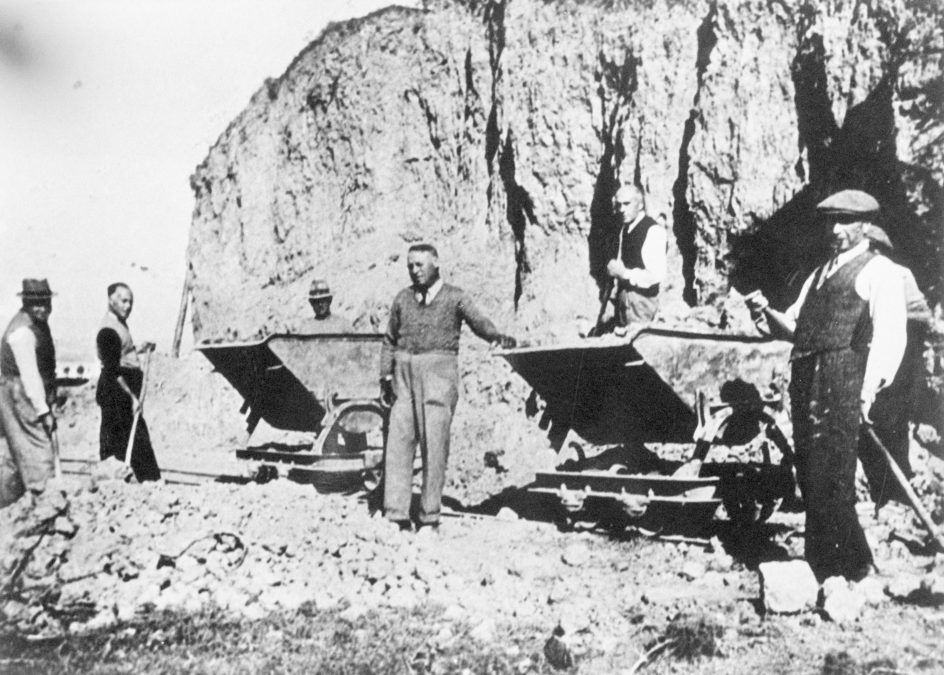 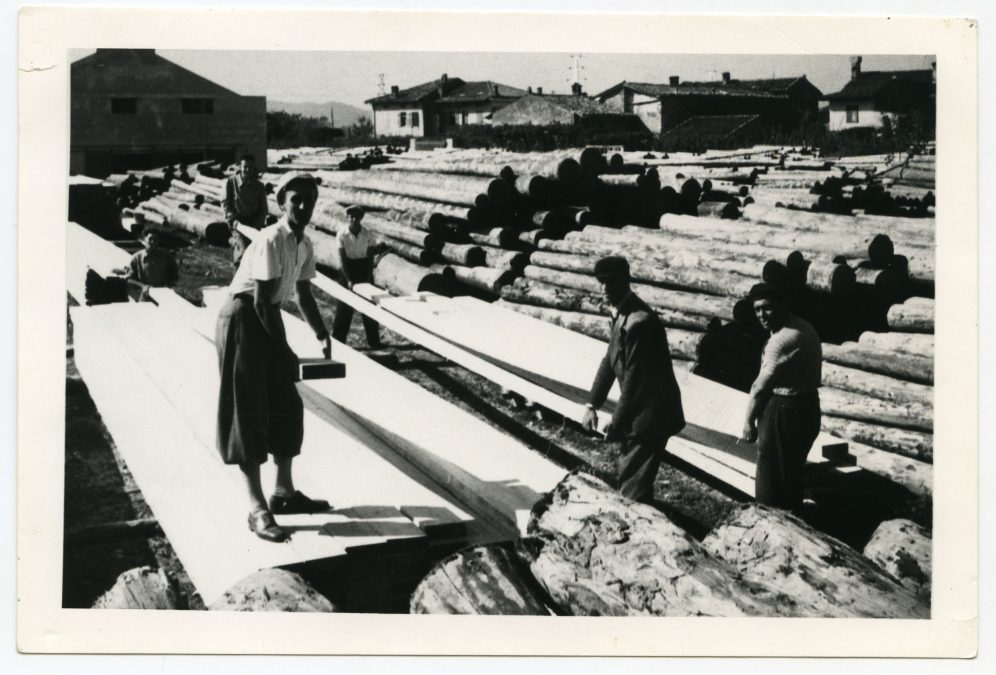 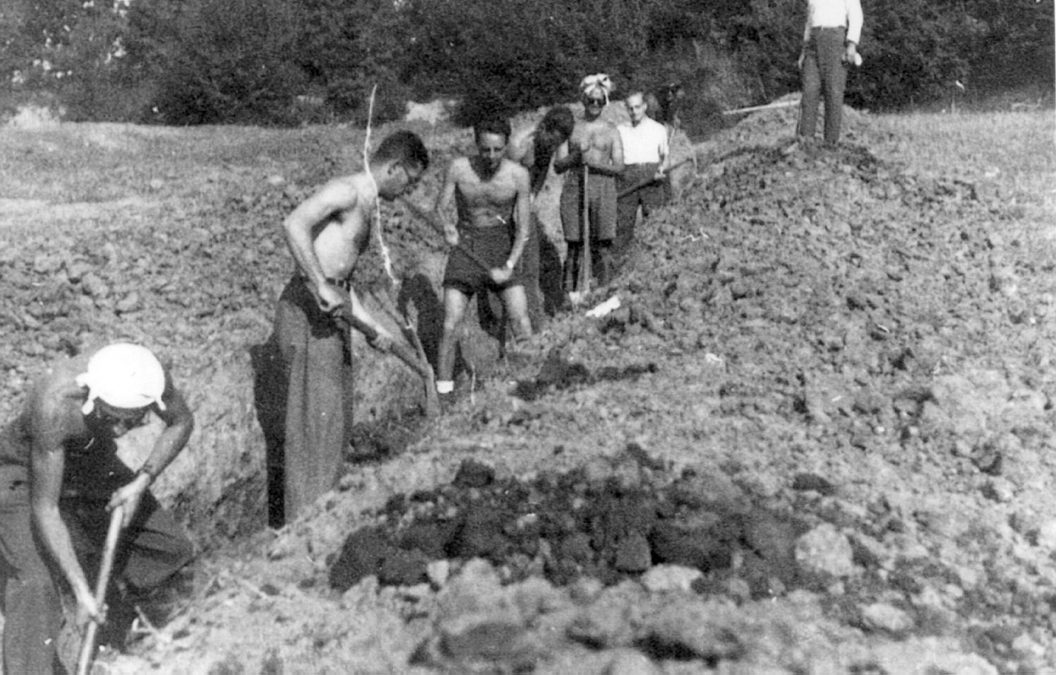 Tora e Piccilli (Caserta). Neapolitan Jews ‘conscripted’ for a whole year (September 1942 – September 1943) to do agricultural work in the fields. Thirty Jews are obliged to carry out this work by the Provincial Council of the guilds of Naples. Beit Lohamei Haghetaot,... 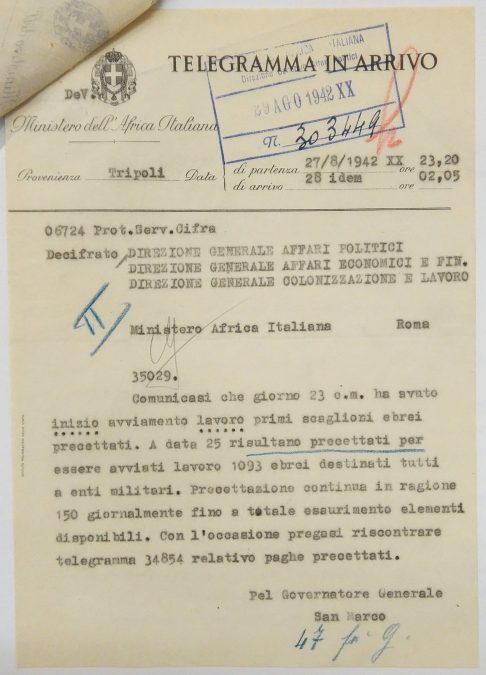 Tripoli (Libya), August 1942. In a telegram to the Ministry of Italian Africa the governor of Libya indicates that more than one thousand Jews are conscripted for work, especially at military institutions. Ufficio storico dello Stato Maggiore dell’Esercito, Roma,...