The years between 1938 and 1943, namely the period characterized by the ‘Persecution of civil rights’, was a time of unspeakable suffering for Italian and foreign Jews in Italy. However, Fascism did not threaten their lives until the days immediately after 8 September 1943.

Those who were interned in the southern regions were luckier, because they were liberated by the Allies; but the Jews who were in Central and Northern Italy became the target of the Germans and of the new Fascist government without any protection. After the tragic Nazi raid of 16 October 1943, which decimated the Jews in the capital, on 30 November the government of the Repubblica Sociale Italiana (RSI – Italian Social Republic) issued police order no. 5, by which it ordered the arrest and internment of all Jews in provincial camps, while a large national concentration camp was being set up at Fossoli, near Carpi (Modena). The order also imposed the seizure of Jewish assets.

Over 8000 people were deported from Italy and from the islands of the Dodecanese between 1943 and 1945. Most of them were sent to death in the extermination camp of Auschwitz-Birkenau. Others were killed in Italy in massacres, such as the one on Lake Maggiore, or retaliations, such as the one at the Fosse Ardeatine, in Rome.

Anti-Jewish legislation also proved to be important in this decisive period. The Nazis no longer had to enact laws to separate Jews from the rest of society, as they had to in other occupied countries. In addition, the Nazis could use the lists of Jews which had been drafted in the 1938 census and continuously updated in the following years. Therefore, it was not necessary to identify the victims first. Finally, part of the Jewish population was already detained in internment camps.

The Jews were even more defenceless than five years before: they had lost precious contacts with their fellow non-Jewish citizens, contacts which would have been of vital importance in order to be able to hide. Furthermore, many of them did not have any resources to pay for costly escapes or seek shelter in monasteries. Moreover, part of the Italian population, thanks also to the penetration of the pervasive anti-Semitic propaganda, was ready to denounce Jews. Some ‘Aryan’ Italians gathered in gangs, collaborating with the Nazis in hunting Jews.

However, some Italians found the courage to help the persecuted, and self-help initiatives, such as the underground Delasem organization, played a key role. More than 4500 Jews managed to escape to Switzerland, but a considerable number were rejected, often ending up in Nazi–Fascist hands. Over 1000 Jews took part in the Resistance movement: the first partisan who lost his life, on 4 December 1943, was Sergio Diena, a member of the movement ‘Giustizia e Libertà’ (Justice and Freedom) and the youngest partisan killed was Franco Cesana, only 13 years old, who died on the mountains of Modena. There were over 100 victims, including many women.

At the end of the war, most Jewish families that survived had to cope with the loss of their loved ones. Many of those who had emigrated never came back to their homeland.

The wounds caused by anti-Jewish laws and by years of persecution remained open for a long time, and they still are in part 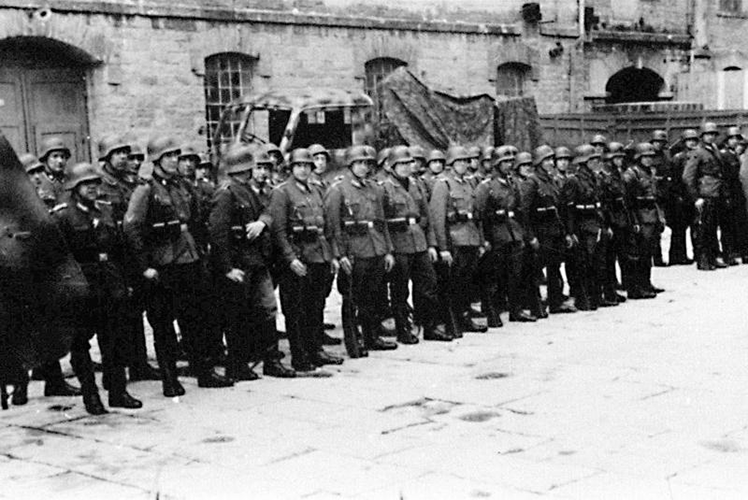 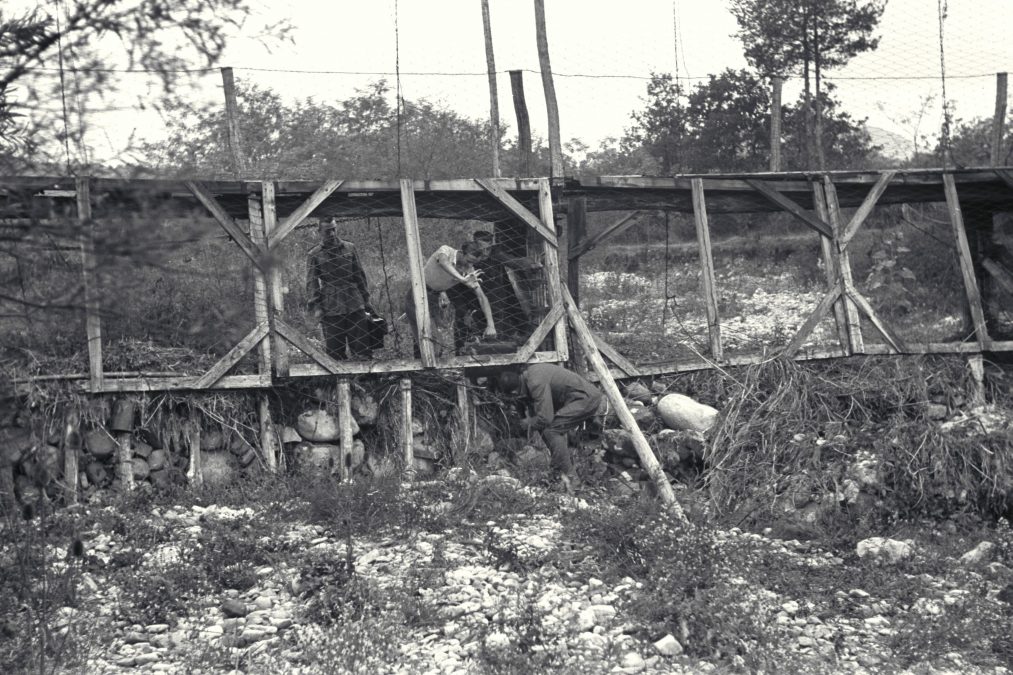 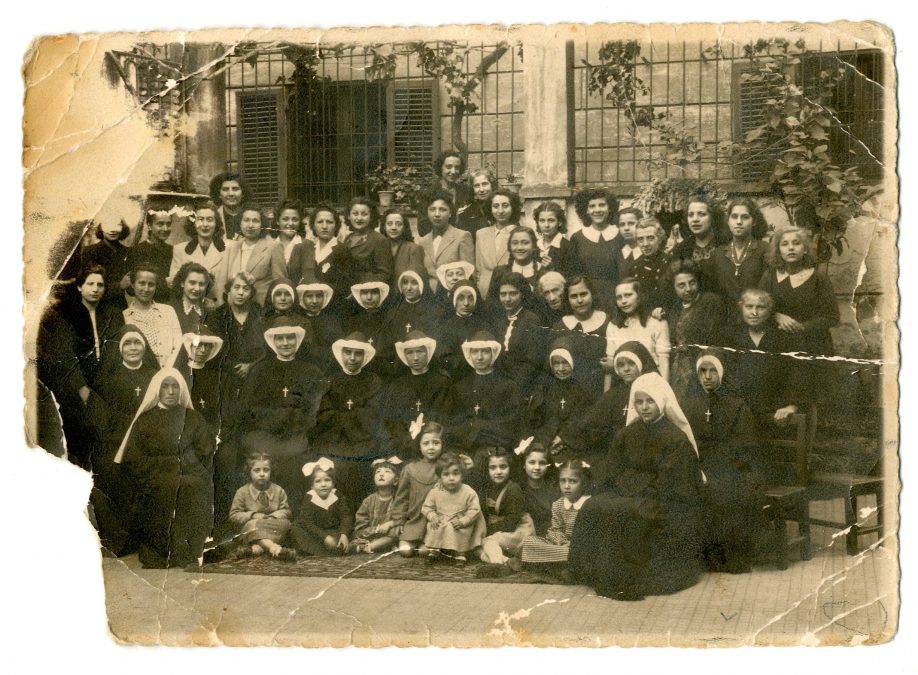 Rome, 1944. Nuns with a group of women and children hidden in the Institute, including several Jews. Forti Family Archive, Roma 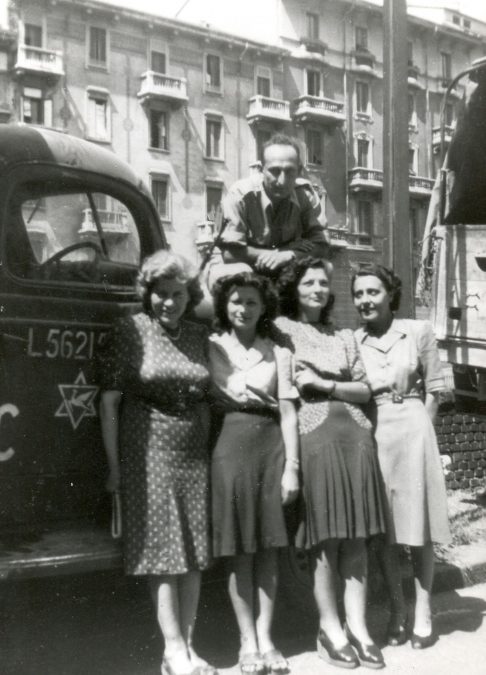 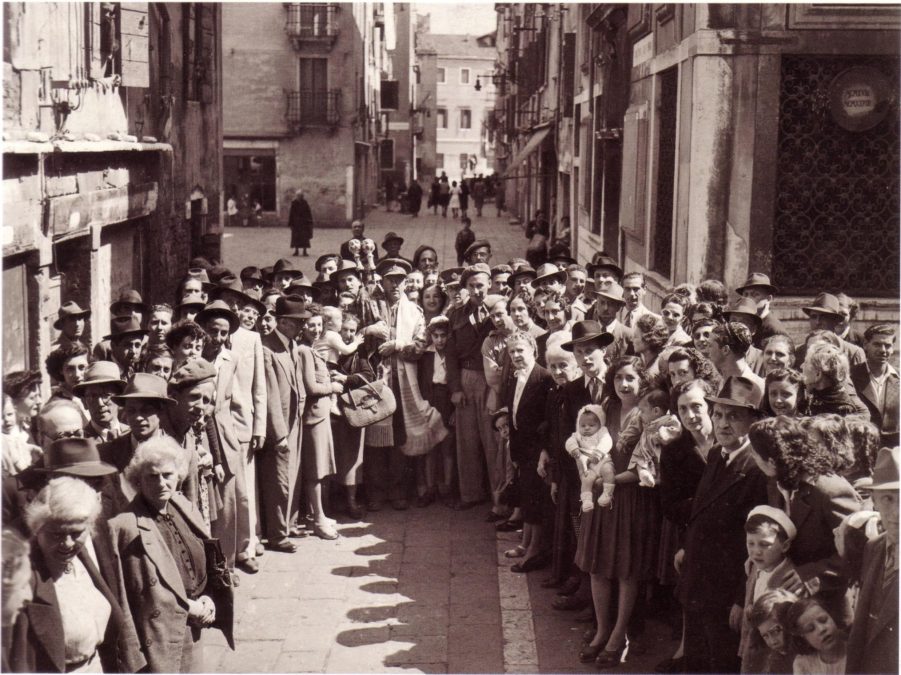