With the advent of Fascism, the behaviour of the Jews was similar to that of non-Jewish citizens, expressing consensus and patriotism. They never ceased to feel and behave as Italians. The pervasive spread of Fascism also affected the daily life of the Jewish communities.

Until the mid-1930s Fascism did not result in the persecution of Italian Jews, many of whom joined the PNF (National Fascist Party). Some of them were given political office, even if of minor importance, unlike in previous decades (only one Jew, Guido Jung, was appointed minister, from 1932 to 1935).

Nevertheless, a number of Jews actively opposed the regime: they played important roles in the anti-Fascist movements, which was often the cause of their exile. Some paid for this courageous choice (which few Italians made) with their lives, such as the brothers Carlo and Nello Rosselli, who were killed in France by Fascist killers in 1937. 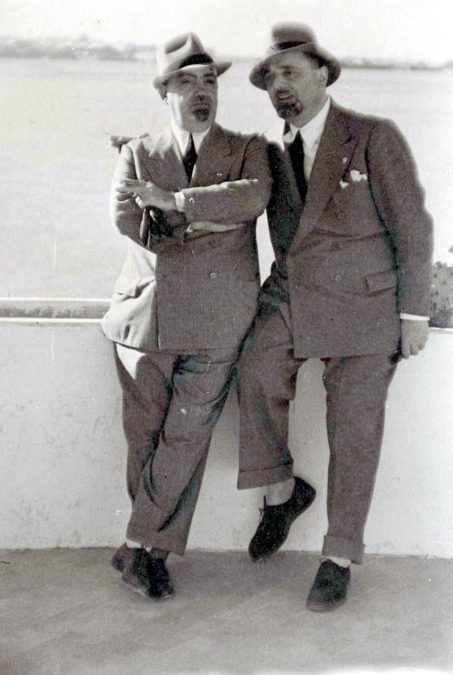 Tripoli, 1939. Renzo Ravenna (1893-1961), to the right, guest of his friend Italo Balbo, governor of Libya, together with Balbo’s secretary Agostino Pischedda. Ravenna had just left the position of Podestà of Ferrara, which he held from 1926 until March 1938. Daniele... 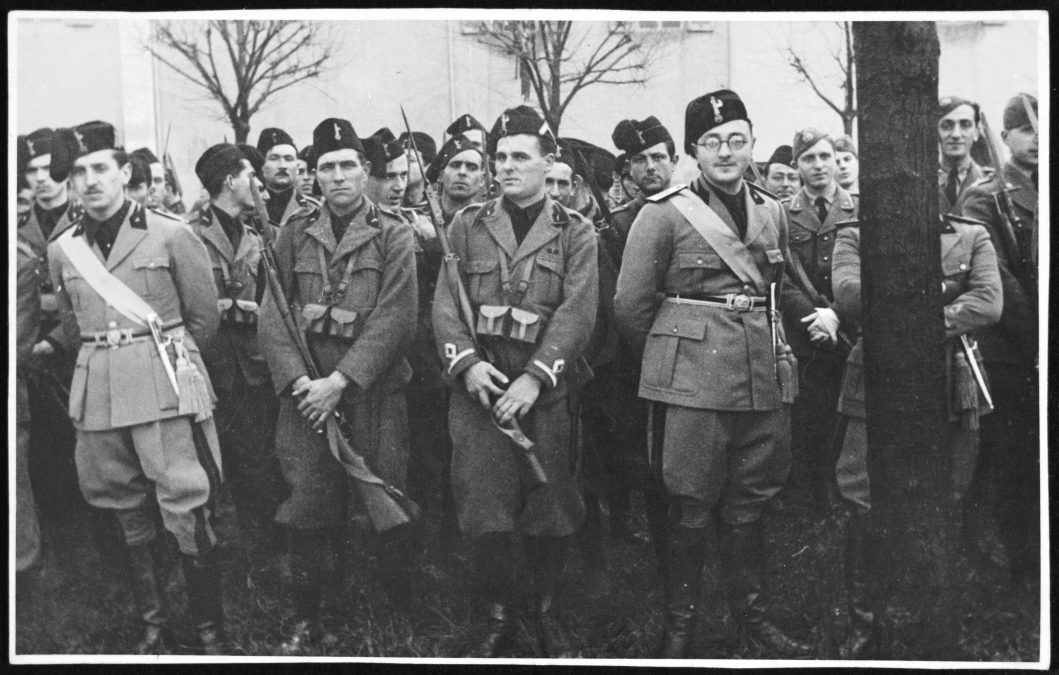 Pisa, 1933. Engineer Carlo Abenaim (1905-1994) in uniform. Career Soldier, he participates in the war in Africa and is decorated with the Cross of Merit. He was deported to Auschwitz in January 1944 and did not return. United States Holocaust Memorial Museum,... 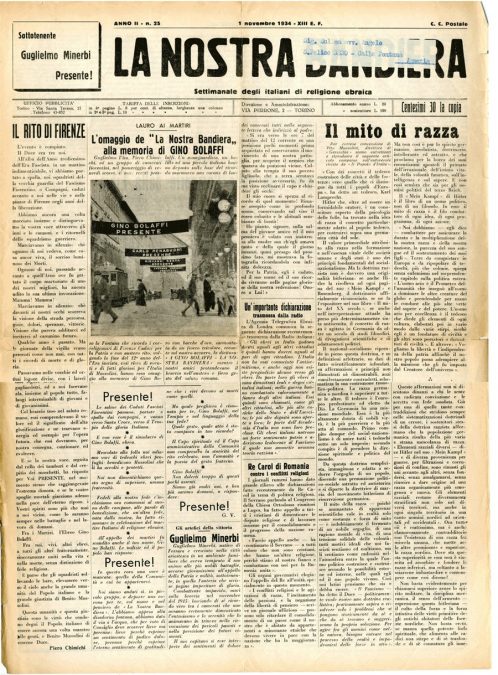 The weekly La nostra bandiera (Our flag) was founded in May 1934 in Turin, with a circulation of 2800 copies, as a news magazine for the ‘Italian Fascist fighters of Israelite religion’. In the 1 November 1934 edition, a ‘tribute to the memory of Gino Bolaffi’ is... 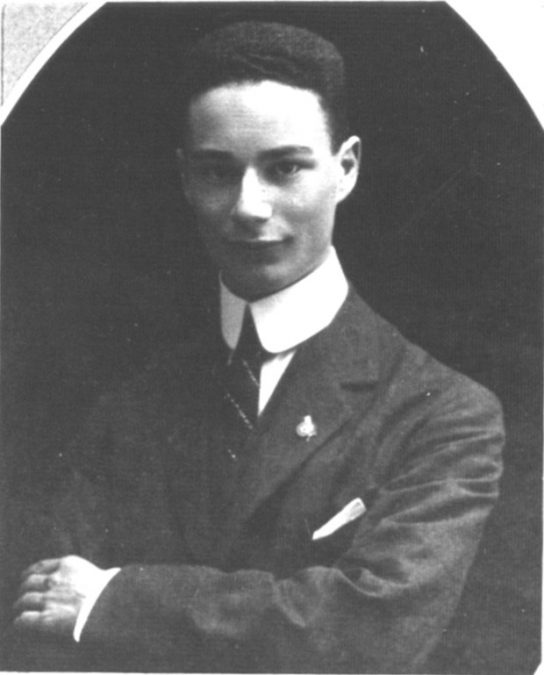 Photo of ‘martyr’ Gino Bolaffi (1897-1920) that appeared in the 1937 edition of the magazine Mostra della rivoluzione fascista (Exhibition of the Fascist revolution). Bolaffi was killed in Florence on 7 November 1920. Archivio Centrale dello Stato, Roma 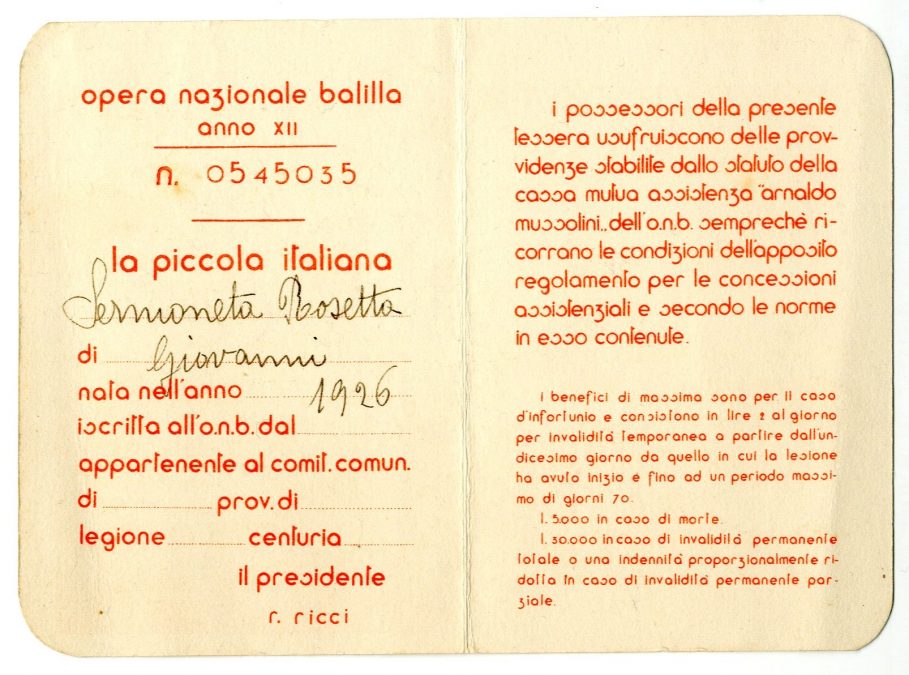 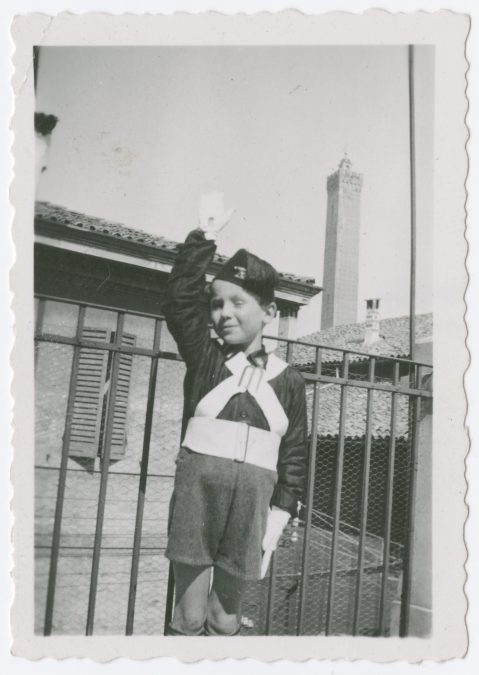 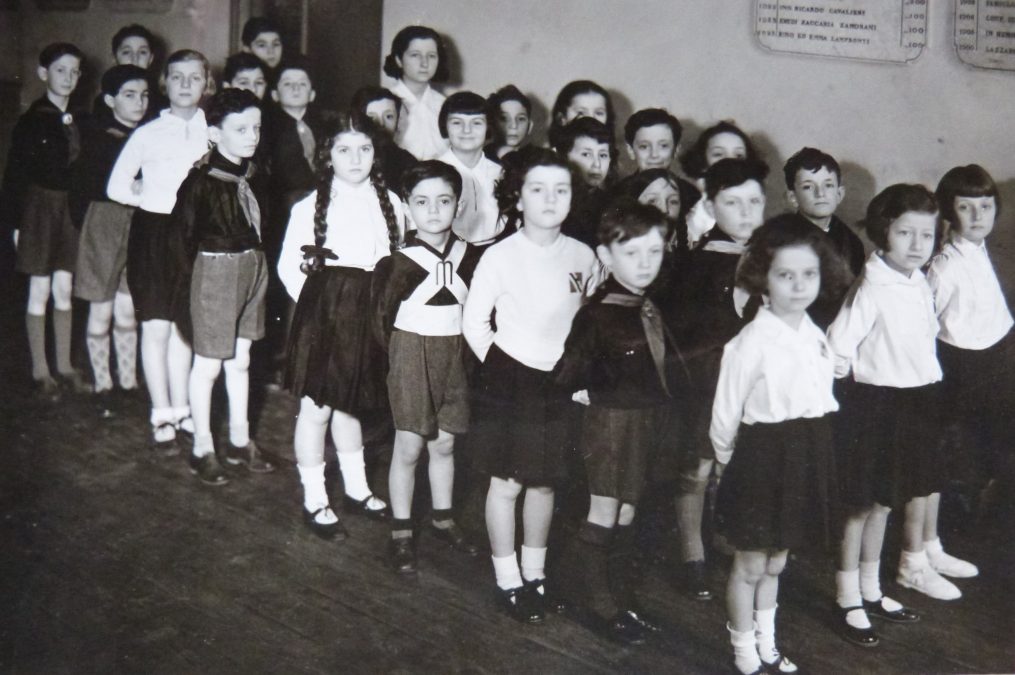 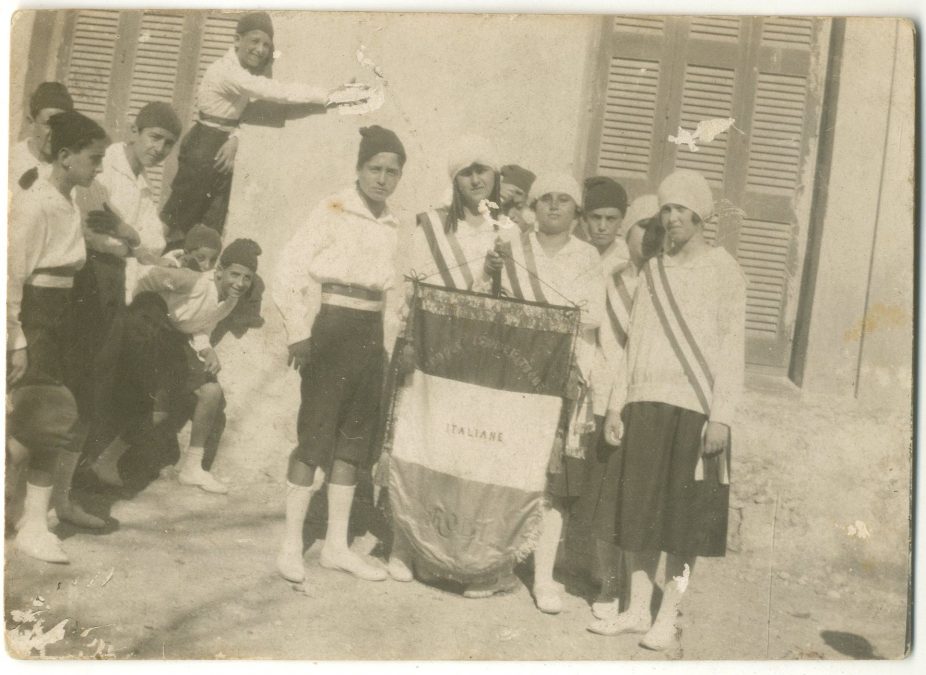 The weekly Giustizia e Libertà (Justice and Freedom), linked to the homonymous liberal-socialist political movement, is founded in Paris by a group of Italian anti-Fascists, including Carlo Rosselli. In the 24 May 1935 edition, mass arrests of anti-Fascists in Turin... 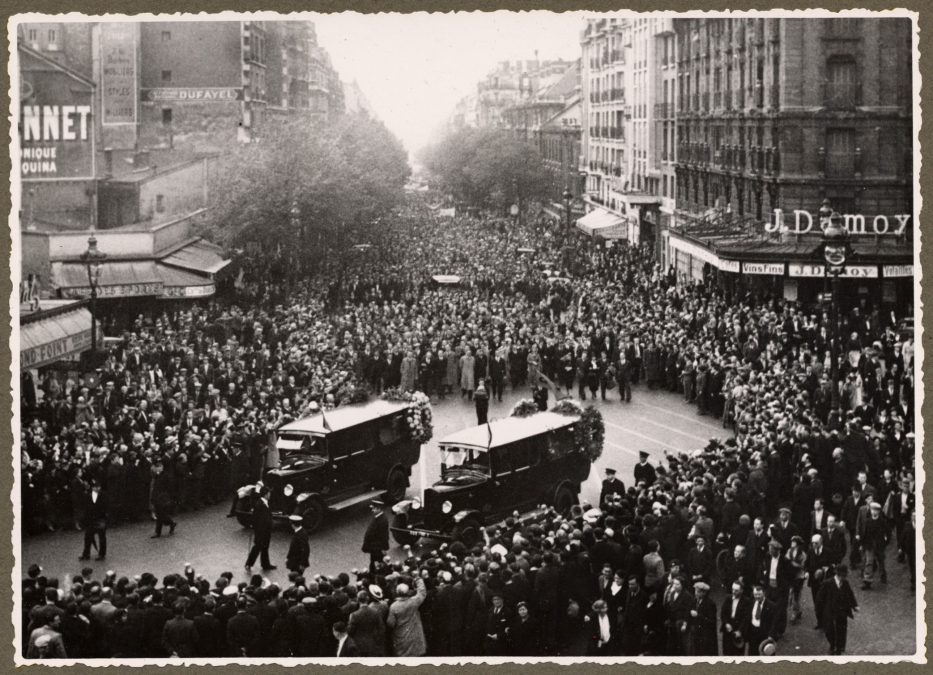 Paris, June 19, 1937. The funeral of the antifascists Carlo and Nello Rosselli, among the founders of Giustizia e Libertà, killed at Bagnoles-de-l’Orne (Lower Normandy). In the first row of the funeral procession Emilio Lussu, Piero Treves, Olga Levi Treves, and Paolo... 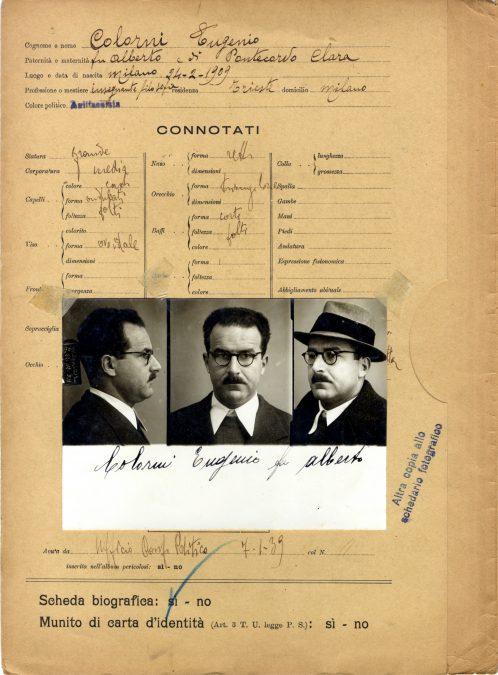 File taken from the Central Political Records Office about the socialist and anti-Fascist philosopher Eugenio Colorni (1909-1940). Between 1939 and 1941 he was confined on the island of Ventotene and subsequently in Melfi. After 1943, he was part of the resistance in...