In the Thirties the boxer Settimio Terracina (1917-1985) manages to win the regional title and earns the convocation for pre-Olympic training. In January 1938 he is called up, but after a few months, with the promulgation of anti-Jewish laws, Settimio is dismissed by the army and banished from the gym.
In March 1940, with the assistance of the Secretary of the Italian Boxing Federation, Edoardo Mazzia, he expatriates in the United States where he continues his career as a boxer. He will see Italy again as an American soldier, participating in the landing in Sicily and the liberation of Rome. 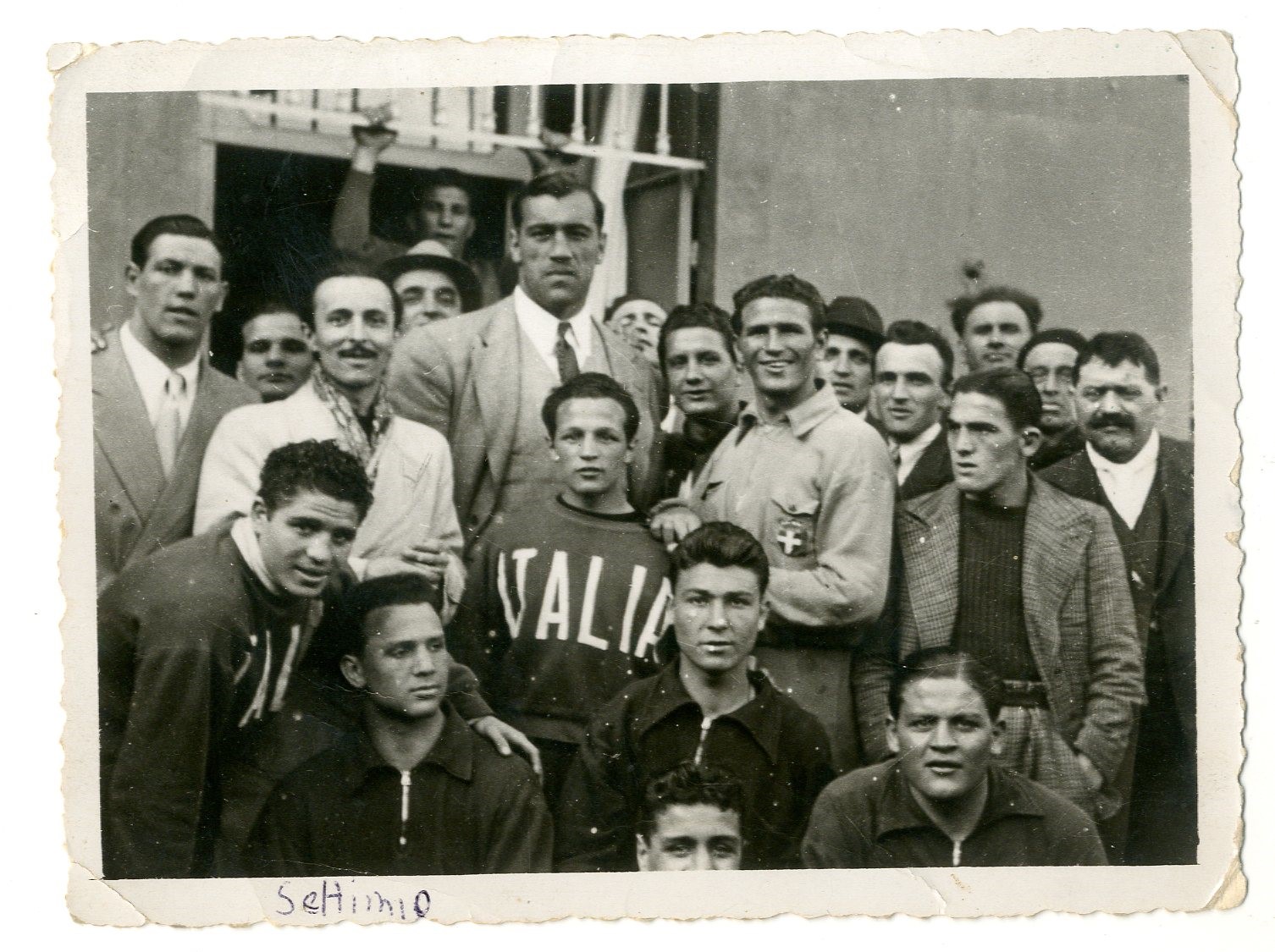