Two cards of young Jewish foreigners in need. This material was produced for the Special Children Action of Delasem.
The youngest of the two is Arnold Weininger, Leipzig. After his father’s death in Sachsenhausen camp he was included in one of the last transports of children and young people headed to Palestine. Blocked at Lesno Brdo (Ljubljana), the whole group was assisted by Delasem and found refuge at Villa Emma in Nonantola. Having also lost his mother and his brother, some years after the end of the war, Weininger would migrate to the United States.
Fondazione Centro di Documentazione Ebraica Contemporanea, Milano 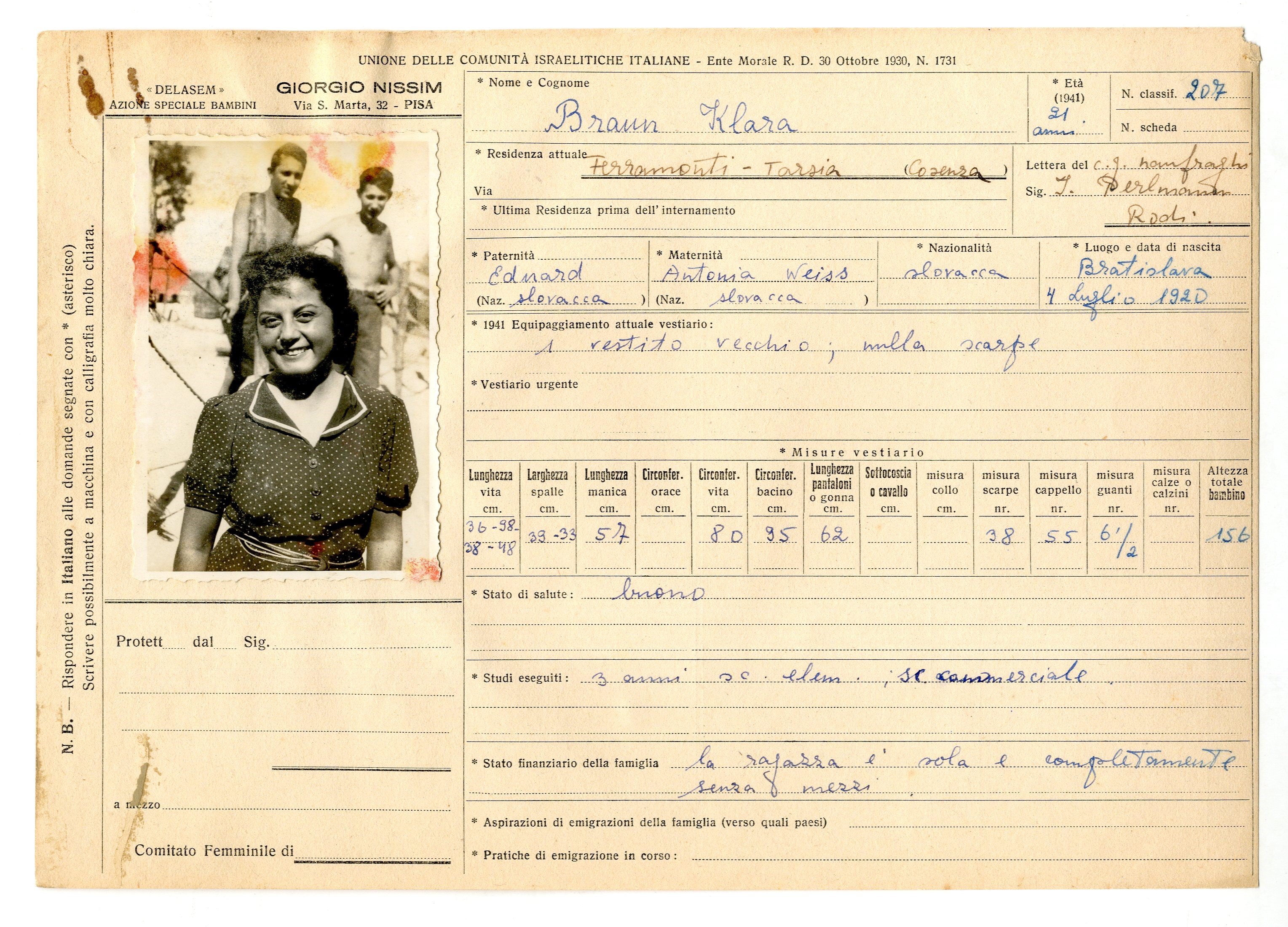 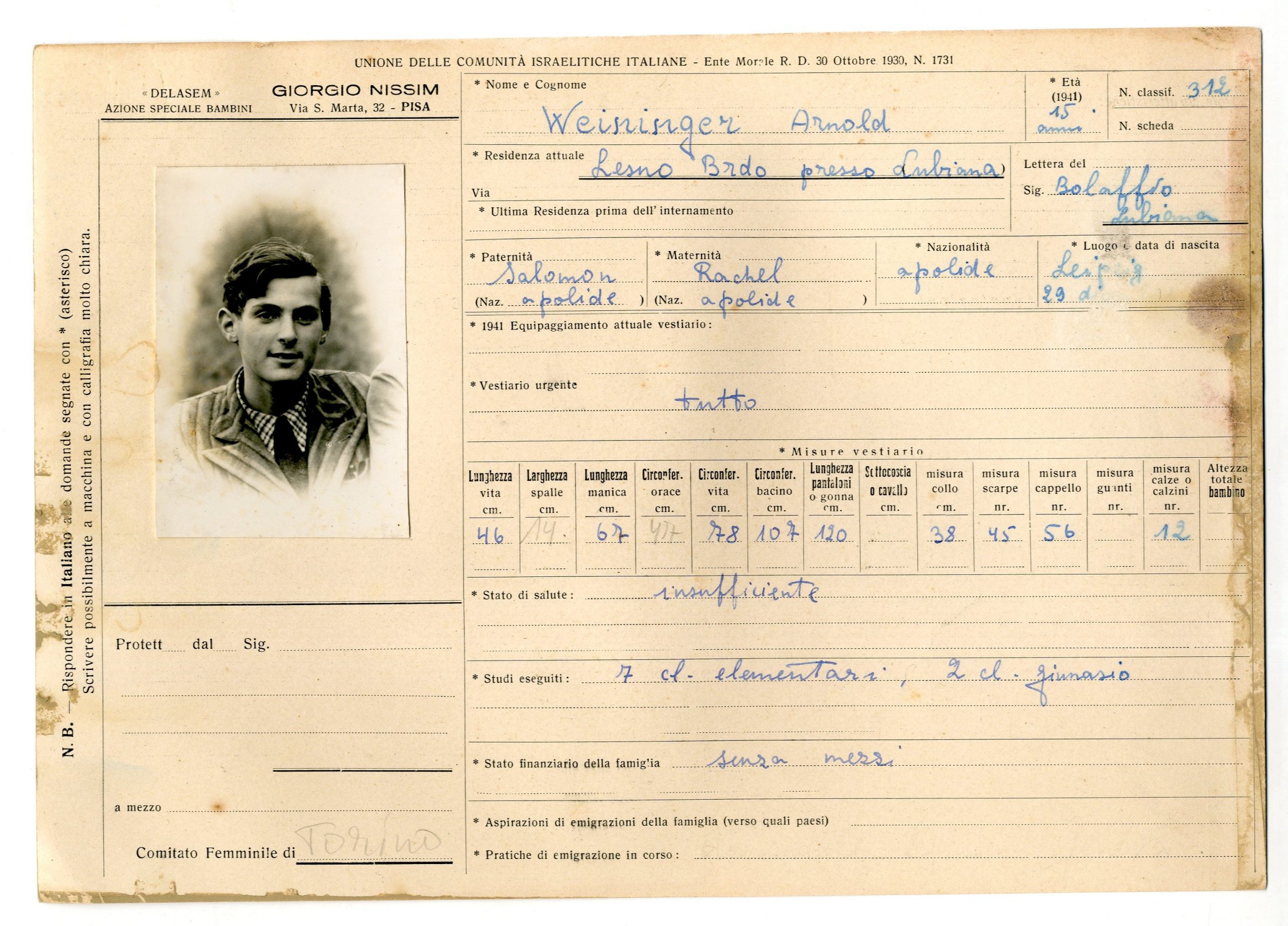