One of the personal files compiled for the census of the ‘Jewish race personnel’. This file refers to Full Professor Edoardo Volterra (1904-1984), of the University of Bologna. After his expulsion from University, this scholar of Roman law taught and did research in Egypt and in France. He returned to Italy in 1940. Among the founders of the liberal Partito d’Azione, he also participated in the fight for liberation. During the post-war period he was reinstated at the University of Bologna where, between 1945 and 1947, he was also Rector. In 1973 he was appointed as judge of the Constitutional Court.
Archivio Centrale dello Stato, Roma 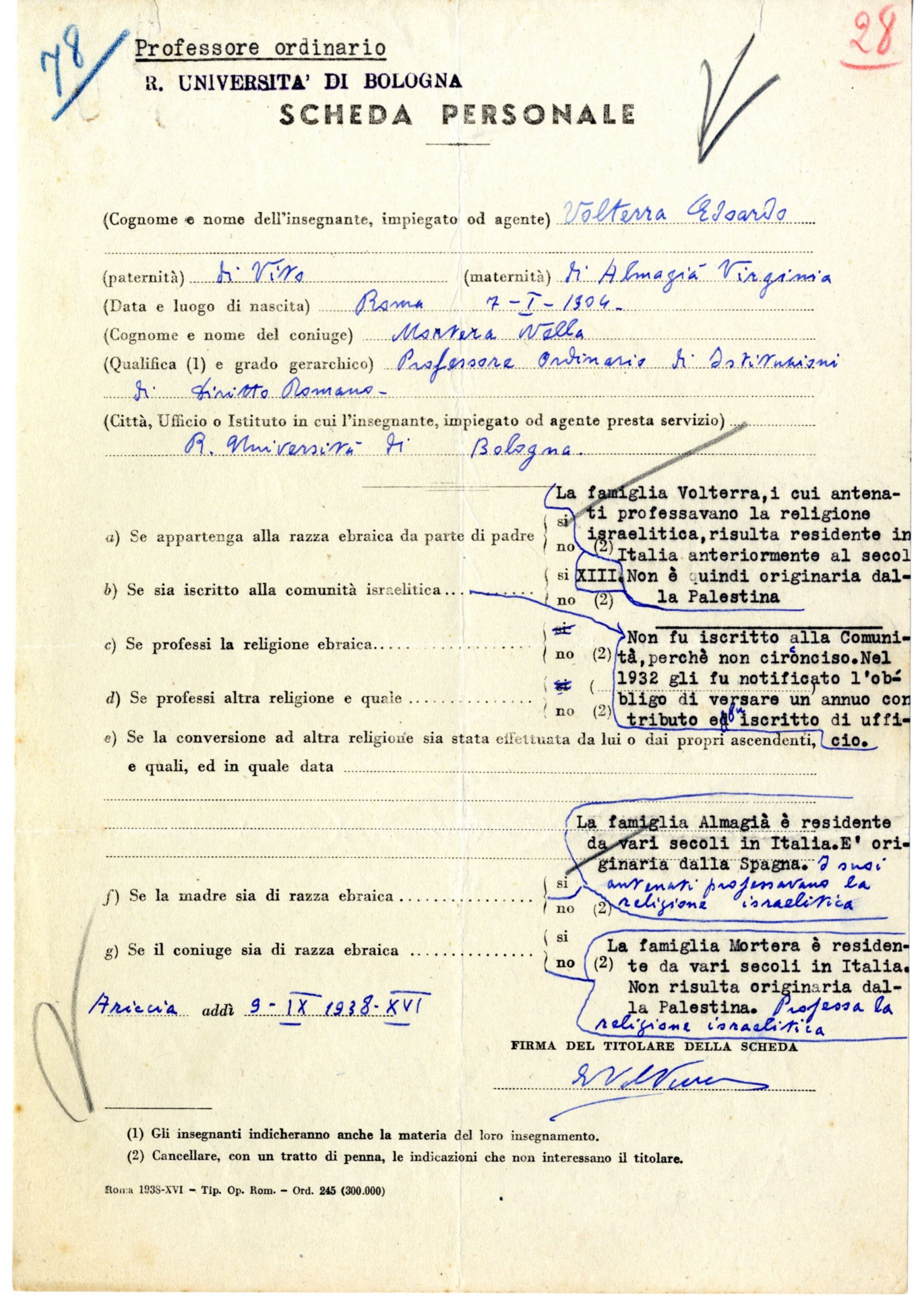