Cevoli (Pisa), January 1940. Of Romanian origin but grown up in Fiume, Martino Godelli (1922-2014) had learned to plough at the Hachsharah of San Marco, a centre where young persecuted Jews were trained to emigrate to Palestine (Aliyah). Survived from Auschwitz, Godelli would reach ‘Eretz Israel’ immediately after the end of the war. He would become an important personality of the Netzer Sereni kibbutz.
Fondazione Centro di Documentazione Ebraica Contemporanea, Milano 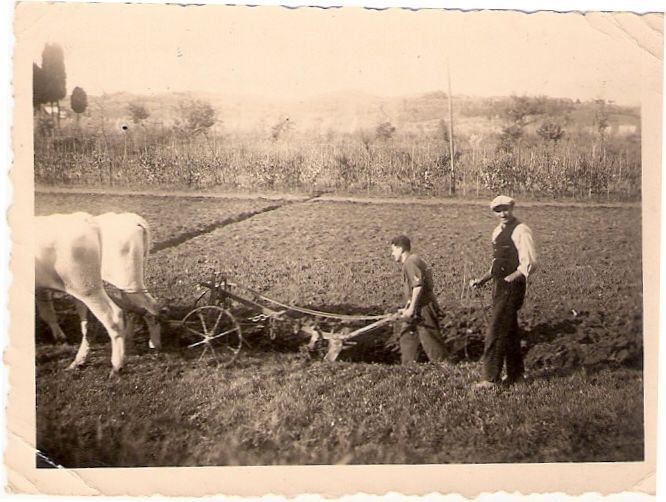